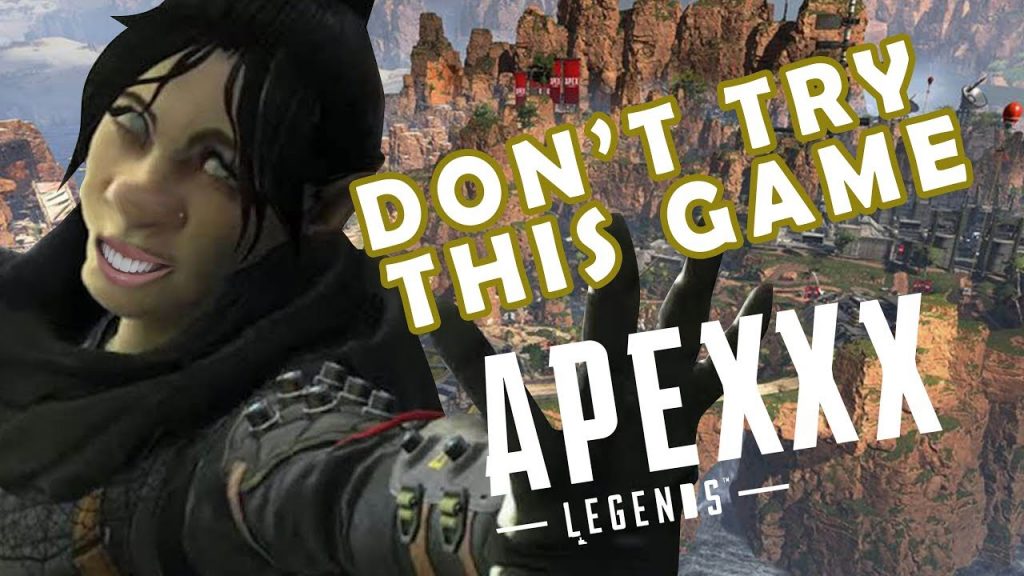 Parody sex games are all the rage now. People, who enjoy playing multiplayer games, tend to enjoy the parody versions of them as well. This is quite evident form the success of NarcosXXX, Fucknite and Grand Fuck Auto.

Here, we will give you a detailed review of ApeXXX legends, the parody sex game based on the hugely popular battle royale game, ‘Apex legends’ published by Electronic Arts.

But is it really that good? Or the hype around this game is nothing but hollow? Let’s find out in this detailed review of ApeXXX Legends.

How to play ApeXXX legends?

There are two modes in which you can play the game; solo and multiplayer. If you are a beginner, possibility is you will have orgasm in just under a couple of minutes. That’s why it is recommended to play the solo game first. Get in the habit of playing for some days and then if you like, you can continue with the multiplayer one.

You will start with a prior developed character or you can develop your character as well. There are a lot of choices in this regard. Now pick your character and then you will fight with other players to survive till the end. You will fight other players and will have sex with the girls. The sex can get pretty aggressive in this game. So, beware and be prepared. You can dominate someone or you can get dominated. Enjoy all you can in this ‘violence meets sex’ game.

The gameplay is pretty straight forward. There will be situations presented to you and you need to fuck your way out of them. You can form teams and those teams, in turn, will fight against each other for maximum domination.

Navigation in this game is pretty easy. You can go anywhere with just your mouse. Point your mouse and click for any movement and action. Buttons will be prompted when action is needed. Click on the buttons to make your move.

ApeXXX legends have over 1.5 million average monthly users with most of them from the US. There are also a lot of players from Germany, Brazil and India with players coming from every corner of the world every day. With so many active players, ApeXXX legends prove to be hugely popular. In any certain time, there are always more than 2000 online players in the solo game and more than 1000 online players in the multiplayer game.

Playing the solo version is free. You just have to register yourself and start playing. Although the multiplayer version is free to use, you need to upgrade your account to VIP account to have sex with other players. That means the free version will have limited options and capabilities, whereas the paid version will offer you everything they have in their stores. The paid account, called the VIP account, has several other benefits as well.

But there is no money back guarantee for your purchase. So make sure you love the game before you are upgrading your account.

Also, check for any other subscription bundled with the purchase of yours. They are usually chargeable, so avoid unnecessary money deductions from your account.

There are some limitations like the long wait time before the game begins or that you need to pay before you can have sex with other players. But, we believe the quality of gameplay and graphics far surpass the limitations it possesses.

The background music is not very enticing, but it works just okay.

Overall, the game caters to the basic needs of the players. The violent sex, which is meant to be in the virtual world only, will satisfy your basic instinct. You will start feeling aroused right from the start and will reach climax in no time.