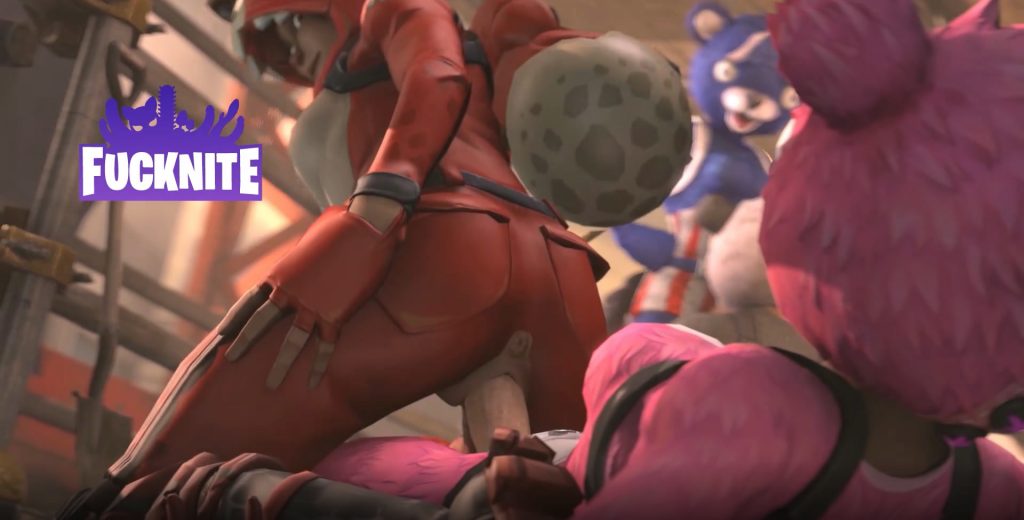 You may have played Fortnite, but you must have heard about it. It’s a battle royale game and, you need to survive until the very end.

Now, what about having sex in-game, battle royale style?

If you are ready and over 18, head over to this game called “Fucknite”, the parody sex game based on the gaming and cultural phenomenon, Fortnite. If you have played Fortnite and had the urge to strip the players and have sex with them, Fucknite is what you need to play. The best part, you don’t have to play with the annoying 10 year olds.

If you doubt the quality of the game for being a parody one, let me tell you, in combat functionalities and gameplay, it is nearly as good as Fortnite itself. And you will have a plethora of weapons to choose from.

Rare for a parody game? I thought so too.

In reality, this is one of the most addictive and sincerely developed sex games. And it does a fantastic job in satisfying the players who played Fortnite and wanted more from their favorite sandbox game.

Like Fortnite, Fucknite is a battle royale, survival shooter game, where you first get dropped in the battlefield with a number of players just like you do on a battle Bus in Fortnite.

Wonder what naughty and crazy things you can do in a battle bus? You will get the answer in Fucknite. Then it is a survival game where you fight other players and can have sex with them as well. You can choose among a lot of skins for yourself and if you find other players in attractive and sexy skin, you can just start having sex with them.

First, you need to register yourself, which is completely free. You have to verify your age by standard credit card verification. And there you are, at the start of your very first game.

Then you select the character for yourself and the skin you want to play in. There are many different skins available, some of which are also available in the original game.

Further, set the settings as per your preference. Once you get settled with your outer appearance and settings, you start playing the game and take control of the action around you.

The graphics is exceptionally crispy and detailed. At times, you will feel that you are actually playing with the original game characters. The movements are sharp, real, glitch free and can give any top world game a run for their money. The sound and sound effects are appropriate and make you feel immersed into the gaming experience. Fucknite being a sandbox game, you roam all over the map, collect weapons and attachments. And whenever you find a character you like sexually, you can have sex with that character.

Fucknite can be played in your internet browser and doesn’t require any other application to be installed.  PC, Laptop, Tablet or even mobile with a stable internet connection is sufficient to play the game. The game itself is not resource intensive and doesn’t lag.

Thousands of people across the globe play Fucknite. It is a popular game and well worth the time and money spent. The game is very popular in the US and also in some European countries. The high quality graphics, sound and visuals helped Fucknite gain a lot of players and fans.

There are a lot of online players at any point of time and you can play with them in multiplayer mode either as teammates or enemies.

Signing up for the game is free. And after successful credit card verification, you will be given a 2 day free trial. And in case the game doesn’t suit you, you can cancel your subscription for free in that 2 day period.

Fucknite turned out to be a fantastic game with intriguing gameplay, quality graphics and arousing appearances. The premium members can have sex with other players in their characters and in the trial period, you can have sex with the NPCs.

Fucknite is leagues ahead in terms of interactive gameplay and overall game experience. It actually feels like a challenge and expertise in it lies in the suaveness of the player’s character and actions.

The game sessions along with the sexual parts are short, intense and leave you wanting for more game sessions. Consequently, that made it one of the most addictive sex games.

The gameplay is fluent but doesn’t eat up all your CPU power, so not a resource heavy game.

Overall, fucknite is one of the best among all the sex games available now. Sex, paired with intriguing gameplay proves to be an interesting and successful affair.